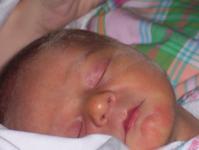 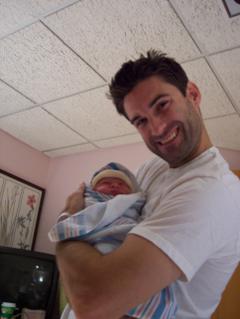 Owen is four days old and so are we, as parents. Learning as we go, Owen oscillates from satisfaction to dissatisifaction with varied degress of effectiveness in diaper changing, feeding and consoling. So far, our hope is not in choosing the right “Parenting plan.” Instead, our hope is in the Lord. At least that’s what YHWH keeps reminding me in my reflections on Ps 127: “Unless the LORD builds the house, those who build it labor in vain.” We can toil all we want, read 50 books and get advice from the four corners of the earth, but unless we asking God to build our home, our labor will be in vain. So, I cry out, “Build our house, O God. Build our house!”

Of course, praying doesnt except doing. As the latter half of the psalm reminds me, “children are an inheritance from the Lord, the wages of the fruit of the womb.” So, we are responsibly praying and parenting and praise God for all the help of our parents, pedaitricians, nurses, midwifes and friends. As a father, I’ve felt perplexing polarity of emotions, rainging from immense pride to leveling humility. Psalm 127 has helped me understand my pride: “Like arrows in the hand of a warrior [= great man], So are the children of one’s youth.”

Yesterday I was parading Owen around Starbucks (yeah, can you believe it, three days out of the womb and he is already hitting the coffee shops). As I showed him off to a single man from the seminary, I was distrubed by his indifference. He was more eager to talk about Latin grammar that the inheritance of the Lord! đź™‚ As I have reflected on this constant pride, often not shared by non-fathers, I’ve detected good and bad, but mostly good. It is mainly a positive pride, a grateful gloating, if you will, that gives expression to the unique role and responsibility of father. When Owen is on display, my thought is not, “”look what I produced; isn’t he amazing?” but “look what I have been given; isn’t he amazing?” Even though Owen is and will forever be the Lord’s, it will always be true that he was given to US, to ME as a father and to no one else. So, I feel warrior like, like a great manI possessing a great thing. No wonder the psalmist chose to speak of children as arrows, not only for their clear spiritual potency in advancing the kingdom [of Israel and true Israel], but as a genuine expression of his feelings. The children of youth are like a sniper’s rifle, a prize possession, a source of pride, but infinitely better – they are living souls, relating people, eternal beings, and their ours…for a time.

In May the Pew Forum for Religion and Public Life held its biannual Faith Angle conference, inviting Rick Warren, author of the bestselling book in the world, The Purpose Driven Life and pastor of Saddleback Church, to address “Myths About Megachurches.” However, some of the most interesting things said by Warren were concerning the “Six Trends” he has observed in culture and Christianity.

To be honest, I don’t know a lot about Warren or the Forty phenomenon, but the article is intriguing: http://pewforum.org/events/index.php?EventID=80 I’ve summarized the Six Trends here. What do you think? Is Warren wrong or right? How will these trends affect Christianity both national and global?

“And I saw a new heaven and a new earth; for the first heaven and the first earth passed away, and there is no longer any sea. And I saw the holy city, new Jerusalem, coming down out of heaven from God, made ready as a bride adorned for her husband. And I heard a loud voice from the throne, saying, “Behold, the tabernacle of God is among men, and He shall dwell among them, and they shall be His people, and God Himself shall be among them, and He shall wipe away every tear from their eyes; and there shall no longer be any death; there shall no longer be any mourning, or crying, or pain; the first things have passed away.” And He who sits on the throne said, “Behold, I am making all things new.” ~ Revelation 21:1